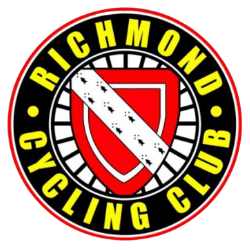 Welcome to our club

The club was originally founded in 1892 and is one of the oldest cycling clubs in the uk and indeed the world. The club is friendly and welcoming to new members whatever type of cycling you are interested in and whatever standard, we are here to help. We're based in the beautiful town of Richmond, in the Yorkshire dales. A Sunday club run and Thursday Time Trials are our most regular fixtures, and depending on demand we organise many other rides to cater for all standards so dont be too shy to ask. Some members also participate in the Croft Circuit Racing Series and many other other local road races; the North East Cyclocross League; long distance Audax and Cyclosportive rides; local time trials, along with all manner of informal riding and racing.

officials of the club

Hi all, like a lot of you reading this I have a passion for cycling loving, but that wasn’t the case 4 years ago as I had never even picked up a bike until June 2017, one of the reasons i bought a bike was down to losing a close friend at the age of 36 to a heart attack they were in a far better condition physically to me, so after this I asked myself a lot of questions (and yes this can happen to fit and heathy people as well not just the un fit or healthy) id put a lot of weight on since my early 20s for different reasons but more due to comfort and laziness, I decided I owed it to myself but also my friends and family to make sure I gave myself the best chance of having and long and happy life with them all, so deciding I want to lose some weight and get fitter I bit the bullet as they say and the journey to now began, Im not gonna lie I wondered why at times but 2 very close friends (Jamie and William) who through there own selfless attitudes to people offered to take me out on a few bike rides (no pressure I may add) with them, this helped me enjoy this more and over the next year I grew a massive passion and enjoyment for riding with others, this selflessness of these 2 guys has helped me get to where I am now ( 6 stone lighter and healthier than ever) Co-Chairman of this great cycling club with lots of new friends around me and a passion to share what the 2 friends did for me with you

Having been a runner from early teenage years, switching to cycling has been a relatively new experience. I started more seriously about 7 years ago after an abysmal effort in a triathlon and after having a bit more control of my time after retiring from a long career as a firefighter. I'm now completely hooked. I teach year 6s bike ability and chances are if you are 21 or younger and live in Richmondshire then I taught you! I've also got a passion for treating sports injuries and I have a clinic in the market square. I'm pleased to be involved in taking the club with such a great history even further forward the vision is strong and its a great time to get involved.

Bikes have always been a big part of my life which I thank my dad for as he’s always had a passion for anything with two wheels! My parents have been very supportive, putting me on a bike as soon as I could walk! Consequently, I love to ride/race on and off-road. For me, it’s all about having fun no matter what terrain you are on and variety is the spice of life. I recently changed career from a British Gas Heating Engineer to work in the cycling industry as a Cytech Bike Mechanic and Technical Support Technician at Zyrofisher. I can definitely recommend making your hobby your work! It’s a great honour to be Co-Chairman of Richmond Cycling Club. Michael and I have some great ideas going forward which we hope will make the club a real part of the Richmond community.

Growing up against a background of the Meet and other racing, cycling evolved from a childhood transport to mainstay of training individual for my main passion of winter sports, always as an individual. Post retirement, in 2004 through the unlikely combination of a collapsing chimney stack, the fire brigade and a 4 year old son, I became involved with the renaissance of RCC in my first venture into club cycling, to become Treasurer. As part of the team that resurrected the Cyclists’ Meet I organised the Elite Richmond GP races, in parallel developing a role in the sport’s governance and serving as Chairman of British Cycling North East region for a time. Focussing since on Elite events, as a founding member of Nutcracker, I organised the British Cycling National MTB XC Champs at Aske in 2011 and now as part of Velo29, the National Road Champs at Stockton in 2016. In addition to my National Series Elite events I regularly assist other organisers on National and International events and work as part of Brother Neutral Race Service. My main claim to fame (or infamy, in the appalling conditions!) was rescuing G’s Commonwealth Gold at Glasgow with a wheel change at 5k to go.

Sign up our newsletter to keep up to date and receive information on our Club rides and membership benefits, as well as on the new and exciting events the club will be looking to add over the year

We are looking for everyone old, young, new and experienced riders to join our fantastic club, as a club we promise that we will support everyone at all levels of cycling to fully love and appreciate the benefits of club riding, 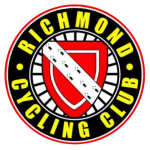 Passion for Cycling and passionate of where we live, riding is our life and sharing it with you is our dream.